The final episode ventures a look ahead into the posthuman future(s) and speculates about possible worlds in which the clear boundaries between human and non-human, regular and irregular, planned and unplanned mobility dissolve. Starting from the acknowledgement that that our collective shared existence in the Anthropocene stands to flourish if located in a political awareness grounded in the human proclivity for mobility, movement, and migration the different interventions envisage a posthuman future, in which mobility becomes politically embraced rather than impeded. 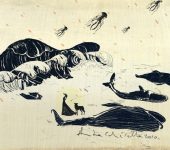 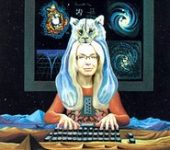 How to be human in the (post)Anthropocene


“We”: humans in the Anthropocene


“Wir haben so vieles geschafft – wir schaffen das” (we have managed so many things - we will manage this situation), declared Angela Merkel, in 2015, after visiting a refugee camp in Dresden. This statement, the intention of which was to assert a narrative of Germany as an immigration-supportive country, turned out to be a double-edged sword. The political use of “we” is a well-established strategy within political communication contexts, which collides inclusive and progressive politics with more conservative ones. Misappropriation, particularly from nationalist and populist positions, might leverage from the juxtaposition of “us” (here, the Germans) and “them” (the refugees). The application of certain categories, such as “migrant” or “climate refugee”, can intensify a symbolic annihilation that aims at maintain a status quo based on social inequalities by delegitimizing identities. The Anthropocene has been defined as “the product of Western imperial expansion and exploitation”1 that amplified worldwide inequalities. Indeed, in the Anthropocene, there is a global movement of capital and commodities, but the movement of people is somehow only tolerated under very specific circumstances. There are global problems, which are addressed by implementing national(istic) solutions. Such “fortification around Europe and the Anglosphere is all too clear: convince people to stay where they are, no matter how miserable it is (..). The emergency is not people’s suffering; it is their inconvenient desire to escape that suffering”.2
Given this globalised paradigm, the obligation to open borders must originate from acknowledging the interconnection of human destinies. However, even if the Anthropocene is the age of mankind, the new climatic regime is questioning exactly “the forma and the composition of this human (...) its presence, its figuration, in a word, its destiny”.3 Anthropocentrism assumes that there is a contrast between mankind and nature; in order to reconcile these tendencies, Latour encourages going down to Earth, by embracing our terrestrial dimension. That is, either we keep nurturing dreams of escaping, or we start pursuing a domain where our children and we can reside in.4 One of the main questions to face is: what does it mean to be human in a social and imperfect world?

A Time of Schizophrenia

Another five years in, climate change has come to dominate the discourse: after the peak of the so-called “refugee crisis” in 2015, the public sphere is now pervaded with proposals and demonstrations to address the environmental crisis. The intersection of the climate crisis and migration, in particular, seems really difficult, if not inconceivable; yet, they are actually two sides of the same coin. The media jumps from the coverage of one crisis to another, briefly exploring motives at the basis and considering possible solutions, and, in turn, these shifts of topic trigger multiple shifts of attention. The “refugee crisis” is far from being over; people are still escaping their homes, mainly from the Global South, and struggling for symbolic recognition within countries of resettlement. While the sufferings endure, the momentum of public attention on each specific crisis, at some point, expires.5 The public sphere results fragmented and dysfunctional, polluted with fake news and dark propaganda. Along these lines, there is an endemic diffusion of white power and eco-fascism on the one hand, and a loss of consideration and reaction on the other, with citizens engaging in apparently insular social struggles. However, “we face so many overlapping crises that we can’t afford to fix one at a time. We need integrated solutions”6 in order to shape a common vision for the future. The future is the most concrete time: the present is of inaccessible comprehension, whereas the past is archaic. Nonetheless, the future is built upon utopias and expectations of antecedent times, which function as a source of meaning. This is one potential meaning of contemporaneity: being able to outline future scenarios, resting on current circumstances’ observation. Following Augé’s remarks, the future is always social, since individual destinies depend on others. Which means that the endeavour for a democratic outlook does not imply happiness for mankind; rather, it is an endeavour “to create the conditions for it as a possibility for each individual by eliminating the most obvious sources of unhappiness”.7 The future should be envisaged not in the hope to be reached, but in the desire of reaching a less imperfect present, for what is desirable is only defined in relation to what is perfect.

Back to the Future

When living in such social and imperfect world, the category of posthuman occurs to question the human proposition, by dismantling its narcissistic dimension as only agent in the world. “We”, in an all-inclusive domain, contrarily to the “We” intended as the political communication accounts previously exposed, do not have the privilege to approach nature and culture, migrant and non-migrant, human and species, as separate entities. Haraway’s cyborg notion provides a fruitful metaphor to conceive a mutual future, given that “we need an intersectional approach to social and political change: if we pick and choose which urgent crises to take seriously, the end result will be an inability to effect change on any of them”.8 Cyborgs are creatures of lived social reality; philosophical organisms not defined in binary partition, able to resist colonizing tendencies and oppose isolation, by reshaping connections and collective identities.

Cyborgs insist on relationality by addressing a sense of belonging, and engaging in an on-going negotiation with oneself and existing manifold (id)entities.9 The focus has to be placed on sympoiesis, as a development of becoming with, in contrast to autopoiesis, as self-organization,10 by emphasising processes and relationships over the person. In such context, the cyborg presents itself as a political contestation and a call for action entailing both opportunities, fuelling counter-hegemonic narratives against the Western moral superiority manifested in xenophobic and racist accounts, and responsibilities to shape common prospects for the post-Anthropocene era. Without taking this into account, the risk is that “contrary to Marx’s dictum, history does not go simply from tragedy to farce, it can repeat itself one more time in a tragic farce”.11

"Welcome to the Anthropocene" by Cella Anita Celic
"iCyborg" by anzbau

4. Bruno Latour (2018) Down to Earth. Politics in the New Climatic Regime. Polity: Cambridge. ↩

9. Donna Haraway (1991) A Cyborg Manifesto: Science, Technology, and SocialistFeminism in the Late Twentieth Century. In Simians, Cyborgs and Women: The Reinvention of Nature. Pp. 149 - 181. ↩

Mafalda Sandrini is a Research Assistant at Macromedia University of Applied Sciences, and a student at the Free University in Berlin, where she is writing her PhD dissertation "Embedded in a Network: a Social Capital Approach to Networked Public Sphere’s Fragmentation. A Network Analysis of communicational relationships between organizations funded by refugees, NGOs and governmental organizations in Germany", within a network-based organizational communication research area.