The second episode takes the reader back in time – into the colonial archives of Anthropocene mobility. The episode discusses the environmental violence of colonial projects, and traces their impact on current human-nature relations in post-colonial spaces. The historical perspective taken by the short interventions show how local and regional environmental problems are intertwined with local political, social and economic structures and the repercussions of colonialism in places like the Middle East, North America, and the South Pacific. 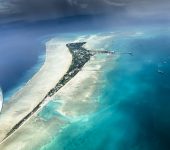 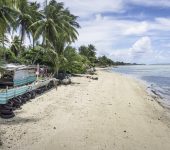 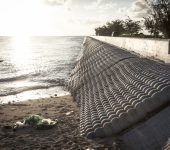 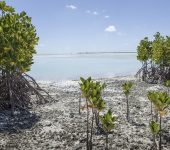 The Republic of Kiribati is an island state in the central Pacific made up of 32 atolls, with a population of around 110,000. Inequalities on different levels in the context of global climate change are adversely affecting developing countries such as the Republic of Kiribati. Kiribati’s inhabitants bear little responsibility for anthropogenic climate change, as their per capita emissions are low; nevertheless, they are heavily impacted by actual and expected environmental changes. The potential for conflict present within climate justice debates is especially apparent in discourses on the connections between climate change and mobility. Countries like Kiribati are often perceived to be the first victims of climate change and have to anticipate the future uninhabitability of their territory. Such countries claim global and regional solidarity to assist them in their search for mitigation efforts, adaptation financing and adequate long-term solutions for potential climate migrants. Some environmental changes are already occurring, such as stronger and more frequent storm tides, coastal erosion, and the salinization of fresh water sources and agricultural land. Although the predicted sea-level rise has to take into account global, regional and local variables that make these predictions difficult, Pacific island states such as the Republic of Kiribati, Tuvalu, and the Marshall Islands are identified as being especially vulnerable. Some of these islands are less than one metre above sea level and have densely populated coastal areas. Sea level is expected to rise by 124 cm by the year 2100, and some researchers even predict a rise of 200 cm. Environmental changes could make the islands uninhabitable in the long run and threaten the sovereignty of some atoll states. The timing and predictions regarding the exact impacts remain uncertain. Along with profound socio-economic problems and few opportunities for financing adaptation measures, Kiri- bati suffers from additional structural inequalities on various levels. These include for example, the impacts of colonization, including unsustainable phosphor exploitation, which displaced people in the 1940s as well as limited access to resources and social services. The participation and arrangement opportunities in international as well as regional political negotiations are also restricted. On the global and regional level, the government of Kiribati is part of the large transnational movement for climate justice, which focuses on human rights and the cultural and environmental rights of indigenous peoples and minorities. The activities of this movement are often initiated by NGOs. For example, the network Climate Justice Now! was created in the frame of the UNFCCC negotiations in 2007 in Bali by more than 30 NGOs and grassroots organizations. The Peoples Agreement, created at the People’s congress 2010 in Bolivia, demands far reaching rights of self-determination such as access to water, land rights and food production “through forms of production that are in harmony with Mother Earth and appropriate to local cultural contexts”. Inspired by similar thoughts and taking the post-colonial setting of Oceania into account, a growing number of voices in the Pacific area, in the context of the debates around climate justice, are calling for a new, transnational solidarity and unity to reduce the effects of climate change. The dynamic discussions on climate justice show that the negotiation process in Kiribati and Oceania concerns itself with concrete, local, social and connective questions around climate justice. It includes decidedly migration-‘friendly’ perspectives and some actors are promoting a post-colonial questioning of national borders. In particular, climate justice must be linked to important post-colonial arguments concerning the political nature of the crisis faced by islands such as Kiribati. This applies to the debates and research around climate change and migration as well as to discussions and studies of adaptation to anthropogenic climate change. It must underline the call for mitigation efforts of industrialized countries and their support in financing climate change adaptation. Based on texts written by Silja Klepp (Kiel University).